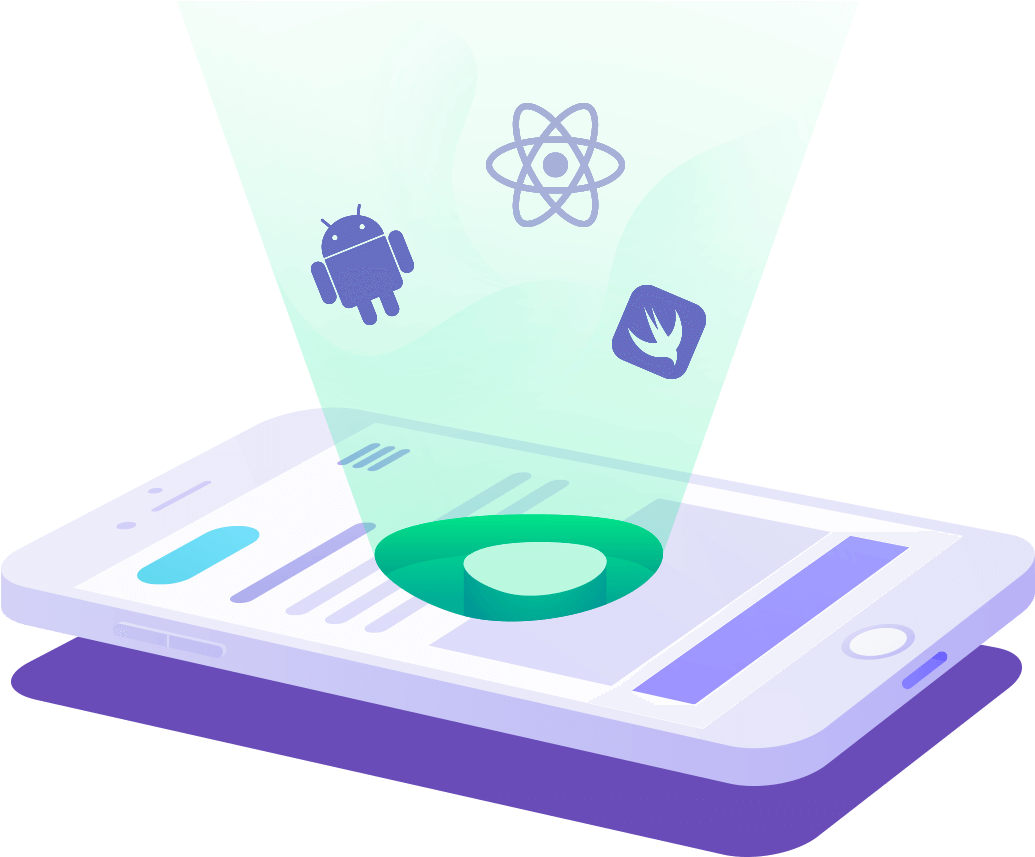 React Native provides the benefits from both Native and Hybrid Mobile Apps.

RN lets you build apps using only JavaScript. However, unlike other hybrid mobile technologies you are not building Web App wrapped in a native container. JavaScript code-base is compiled to a mobile app identical to Android app using Java or iOS app using Obj-C.

Sounds a bit unreal. However, React Native allows to accelerate the building mobile applications across different platforms, thanks to the possibility of reusing most of the code between them.

In addition, at the back-end framework level, javascript (particularly Node.js) has begun to adopt event-driven architecture and models for application design. Because that kind of architecture is a programming approach rather than a language, event-driven apps can be written in any programming language. The architecture allows for minimal coupling, making it an excellent choice for modern, distributed application architectures. Aside from that, there are numerous other platforms in the market, such as vantiq, that might be able to provide visual editors, scripting editors, a rules system based on SQL and JavaScript, testing tools for debugging, tracing, and logging, and a visual tool for distributed deployment. These platforms are driven based on the events, making them effective in real-time data. If you’re wondering what is event driven architecture, you can read the blog posts that discuss about it to learn more.

There were many other attempts to do something similar before, for example:

Mark Zuckerberg mentioned about idea to bet more on native instead of HTML in 2012 He promised to deliver a better Facebook mobile experience. Jordan Walke found a way to generate UI elements for iOS from a background JS thread. Then they organised an Facebook team Hackathon to work at prototype and find the solution for the ability to build native mobile applications with this technology.

React Native was developed in 2015 by Facebook team and since that time the interest in this framework was rapidly growing. Now thousands of apps are using React Native. Among them: Facebook, Tesla, UberEats, Walmart, Bloomberg.

So, when it is worth

Consider these if you decide to develop in React Native

If you plan to build an app with RN and maintain it over a longer period of time, you need to prepare for more frequent updates than in native technologies (you need to update your app both when the platform has been updated and when new components have been added to React Native). This is not a disadvantage, as React Native is regularly updated and new useful components are created (monthly). But you have to remember about making more regular updates to your app. In the past developers struggled with the update process, but since version 0.59 you can make updates without any concern. Also share your plans with you mobile development partner to minimize potential risks – a mismatch between the technology and the development plans.

When is native mobile development better?

Note, that all of the recommendations below may become as less relevant as more new versions of RN are released…

When is React Native development better?

There are very clear advantages and disadvantages to going with React Native. Performance really does matter, as do developer costs and speed of development. The decision you make will depend on the exact details of your situation. The app your building, the amount of funding you have, and the skillset of your team and future team members.

A startup is often about iterating on ideas, and you don’t know what’s going to work and what isn’t. Developing mobile apps for startups for 3 platforms is important. But one should not later realize no one wants to use them which would be a real shame.
RN is a good choice not only for small companies, but also for large ones. Remember Tesla, Walmart, and Uber Eats?
Yes, they use RN only for part of their products, but this is maybe because they are almost sure that they will have huge revenue even if they spend much for separate teams of Android and iOS developers and so make their main products slightly better for millions of users.