How much does a mobile application cost 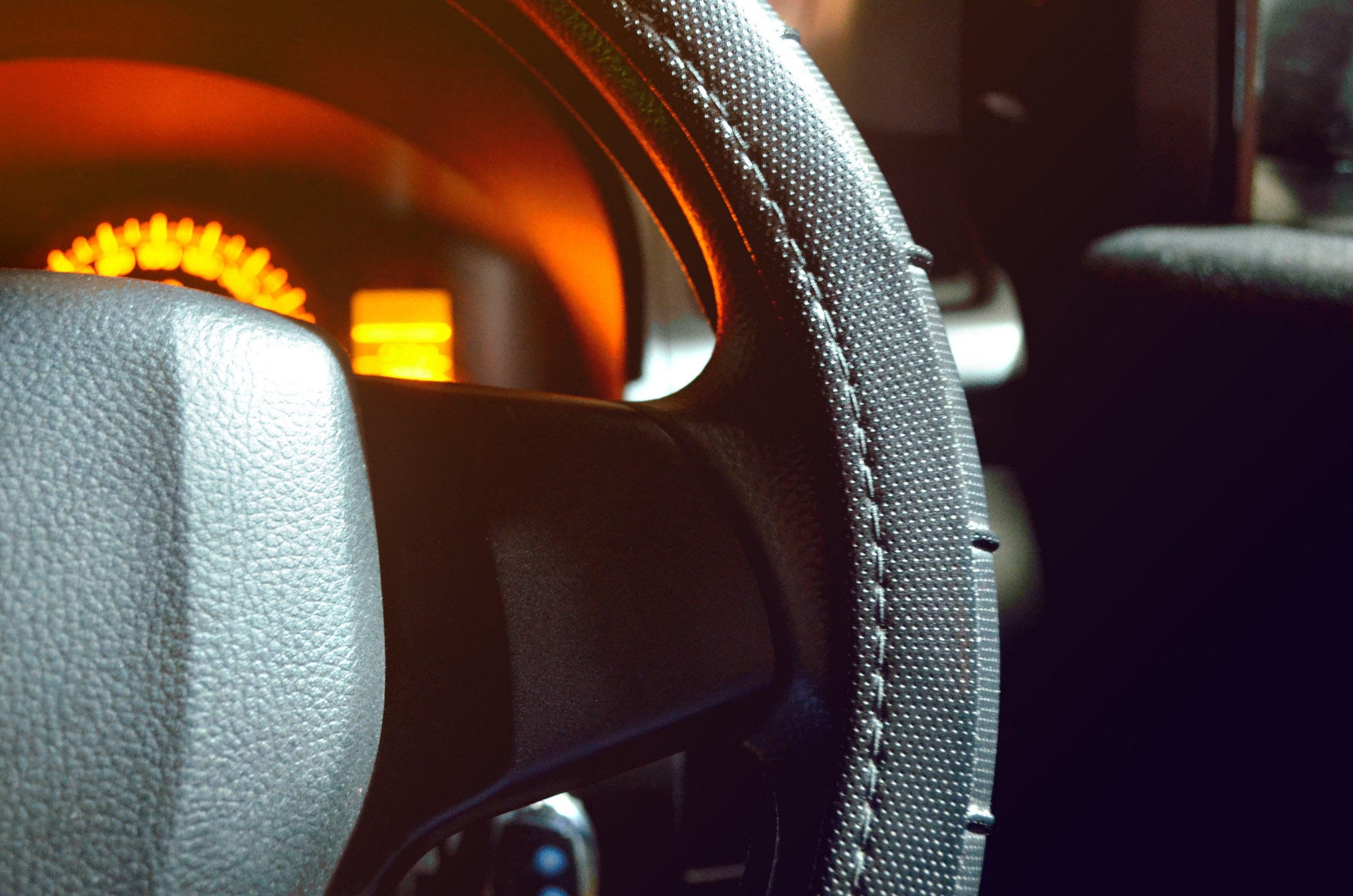 On the one hand for us as developers, this question can not be simple, especially at the moment when it is not really clear what needs to be done, not to mention the well-documented requirements and done criteria.

On the other hand – the question is pertinent. Let the answer is approximate, but it will make it clear whether it is worth venturing the work, whether prospective customer profits from this product are comparable to the potential cost of developing it. Thus at early stage you can stop and save your time and the client’s time and the developer’s time.

This article will help in the first place potential customers, not deeply familiar with the standard process of software development for mobile platforms, to understand the basic principles and pricing factors in this area.

To begin with we recommend to consider the very popular lately example of calculation the cost of a mobile application, published in the Darwinapps blog in the form of a visual comparison with the cost of cars. An example is, of course, rough, but fair enough and easy to understand:

And so, the app might cost as much as the car costs, depending on what you want to see as a final result. It also depends on the kind of app you want – enterprise or regular. The idea of the costs and efforts behind app development is very good for simple understanding. If you want to learn more about the difference between enterprise apps and regular apps, you might want to read blogs like this one – https://www.darwoft.com/blog/enterprise-mobile-app-development-darwoft – for clarity.

If the numbers on infographic seemed to you too big, maybe you are one of those many people who have heard of the thousands of developers from freelance sites, ready to make the applications of any complexity for just pennies. Imagine this: designers and composers create exciting things for free; Architects in a minute create a stable and extensible application framework that takes into account all your requirements, even those of which you forgot to mention; programmers with humility scribbling at night initially ingenious code; testers for a couple of taps detect and describe all defects, including problems with performance. Would you believe it?

The most amazing thing is that a lot of developers really create something for $ 3,000, and even publish it in the App Store and Google Play. If you only need something simple working, if you do not pursue quality, if you need a very trivial functional, then indeed would be reasonable to give the work to a student-programmer, who will do for you this something for very little money, for the sake of practice.

But no doubt that in harsh reality the development of qualitative, albeit small applications for mobile market – is a long, difficult and expensive process.

For companies developing mobile applications the most significant component of the cost of their services – is salaries of specialists, members of the project team, working on the project. This means that the cost of application development is directly proportional to labor costs of the project team. As it is known, the salaries of programmers, designers and testers are quite high in the market today. Ukrainian specialists are favorably stand out for customers for their very high professional level and lower wages than, for example, in the U.S. or leading countries of the EU. Consequently, the cost of developing a mobile application by Ukrainian programmers will be cheaper than, say, English, with all other conditions being equal, and the quality will be not worse.

If you look at the project through the lens of a standard software development process and the use of a project management methodology, it is possible to properly organize the cost of each phase of the project and for each type of work. But this article is not about the software development methodologies , so lets consider simplified process, and only the essential steps.

Each project must go through the concept design phase, when requirements are being produced and formalized, specifications are being developed, including application mockups, also maybe some additional research should be done to avoid technical risks. Despite the frequent misconception about the immateriality of this stage this is the most important point, on which depend the whole success of the development: the right thinking through the project will save us of labor-intensive and numerous changes in future stages, and therefore unnecessary expenditure budget. That is why we have to involve the best experts here, i.e. the most expensive, who must understand what the customer wants and to explain (to formalize and specify) developers what they need to do and how. This stage may last a week or a month or longer depending on the complexity and size of the project. Simply start writing a code without this step is possible only in case of completely trivial task. During this and the further steps we will have to pay an amount proportionate to the period of specialists assignment and, no matter what kind of payment schema has been approved – hourly based or fixed cost: software development company will lay the calculation of man-hours in the fixed cost estimation.

The next step – is the development of graphic design. If your project is mostly graphics solutions, then this most creative stage will be the most difficult. When it is hard to understand why everything is being done so slowly, when there are many disagreements about the solutions, many of which being redesigned, many being approved a long while. The cost of the graphic designers for mobile applications is slightly higher than of the web designers, but lower than of the programmers, for example. The cost of this phase may be small, if you decide to use the standard controls in the main, if there are not a lot of graphics in the app, such in case when the application is composed of a small number of screens and these screens don’t have much differences from each other. Otherwise – the cost increases.

Coding. Usually (there are exceptions) the longest stage. Mobile developers are expensive specialists. Price is high, depending on the complexity. How to understand how much this phase will cost for your particular application? This will be estimated by developers who, after having received the specification of the conceptual design phase, will be able to evaluate their tasks with a good degree of accuracy. We recommend to prepare the largest budget exactly for this stage, especially if the project is not easy and unforeseen technical difficulties are possible.

Separate important point for this phase is integration with server-side, if provided. Often a lot of time is spent on debugging the application work with the server. For developer is very difficult to foresee problems in this part, problems appear almost always. By the way, if the project involves the backend, admin panel, etc., then of course it is another part of the additional cost.

Testing. QA specialists are the cheapest resources, but only in comparison, for example with the programmers. It’s not just users who are trying to test the just-written application, they have special knowledges, they are using different research methods and approaches, they are experts in search of defects and inconsistencies.

On average, the testing process can last 30% of the time spent on coding. It should be understood that the testing phase is also a stage of bugs fixing, which also involves programmers.

Support – post-release support for the project, which includes the improvements and bug fixing. Do not confuse with the warranty period, when all fixes are made for free. The interesting thing is that you have to realize that you have to pay even for inaction or rather waiting for change requests for support team. And this is justified, because the time of professionals is money, nevertheless they do something or just wait for the tasks, they have to be paid salaries in any cases. Why can not they do other work while waiting for change requests? They can, but then you have to wait until they finish that another job before they can start your very urgent matter. So, decide for yourself what kind of support you need, for how long and under what conditions, and negotiate with the developer company. But it is better to raise the issue before the project commencement.

On top of that the customer should keep in mind a wider range of costs in accordance with his business plans and strategies.

Obviously the budget will be needed to bring product to market: advertising company, and everything that can be connected with it, the creation and support of multiple versions (for example, free and paid, for different segments of the market), the collection and analysis of analytical data, customer assistance, periodic application updates. How much money will it take to marketing – a topic for another conversation, but it is important to understand that mobile application, even if it is very good, can easily get lost and “die” without marketing events among millions of other applications.

Finally, we can give some useful advices that can help customers plan their expenditure on mobile application:

The development of each mobile project is unique and demands to itself the creative approach. So it is impossible to determine in advance exactly how much the service costs for the development of the mobile application. But it is not worth saving on mobile applications, if you do decide to do it and implement your business plans. It is important to get a good, comfortable, functional application that will appeal to and be useful for users. It is better to not to do it at all than to make an application that can alienate customers, create to them a negative experience with your company.

Mobiwolf team is always happy to give you a free preliminary estimate of your mobile application and advise the best solutions. And when we agree – to implement your mobile plans and dreams for reasonable money with the best quality and on time.

How to choose the best mobile platform for your application
August 6, 2013
Go to Top