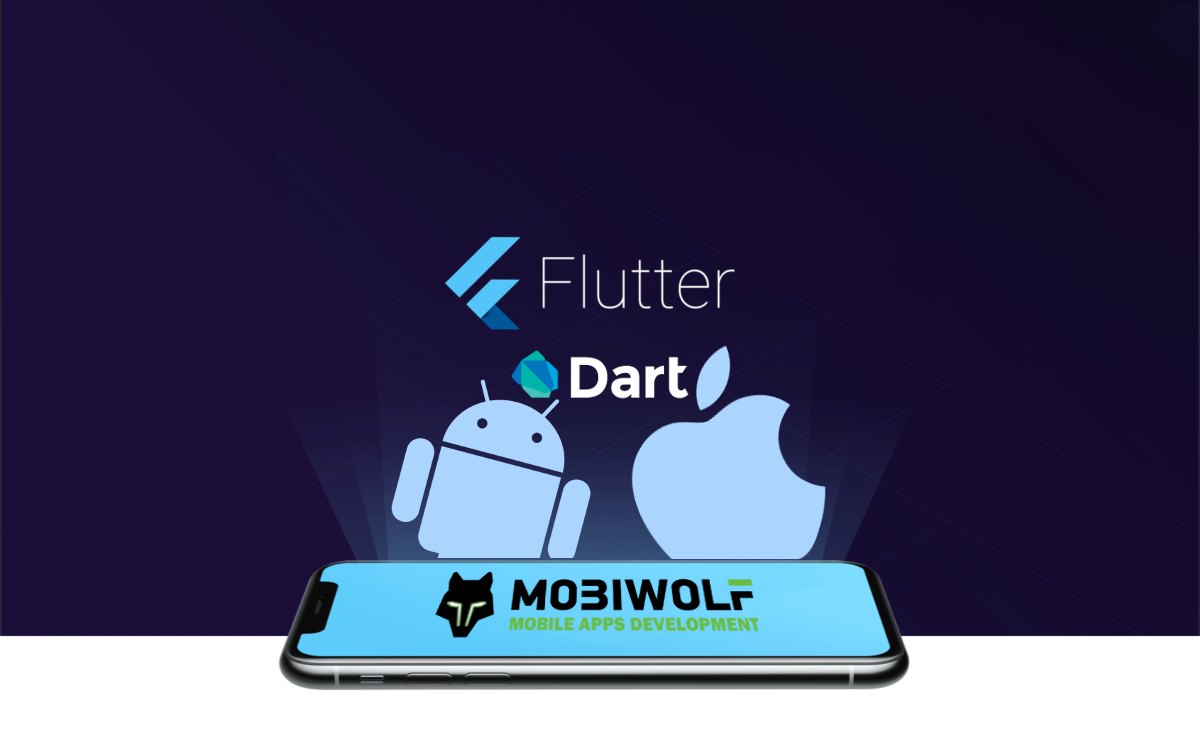 Popular cross-platform conception could not be ignored by industry monster Google. So, React Native got his maybe main competitor for now.

Flutter is attracting a lot of attention from all the developers and customers. Many technological meetups, conferences and talk shows are referring to this particular cross-platform. The number of Flutter mobile apps in AppStore and Google Play have been increasing more and more.

The first version of Flutter was known as “Sky” and ran on the Android operating system. It was revealed at the 2015 Dart developer summit, with the intent of being able to render consistently at 120 frames per second. During the keynote of Google Developer Days in Shanghai, Google announced Flutter Release preview 2 which is the last big release before Flutter 1.0. On December 4, 2018, Flutter 1.0 was released at the Flutter Live event, denoting the first stable version of the Framework. On December 11, 2019, Flutter 1.12 was released at the Flutter Interactive event, it was announced that Flutter was the first UI platform designed for ambient computing.

So, Flutter is considered as comparatively new platform, despite this, there are many famous companies who have already used this platform for their solutions, among them: Alibaba Group, Tencent, Abby Road Studios, BMW, Groupon, CapitalOne, Square, Ebay, EMAAR and, of course – Google. Thus even being new Flutter has influenced the market and has grabbed the space in the app development industry.

The developing platforms of Flutter are: Windows, MacOS, Linux.

It is interesting to know that Flutter UI elements follow specific guidelines. Flutter is freebie and open source product. Architecture based on reactive programming. Flutter is highly customizable and have fast widgets. Dart, which is used in developing, is objective-oriented programming language. The C++ rendering engine is used in it.

Main but not unique advantages, which are true for almost every cross-platform frameworks:

All of the advantages above arise due to the main feature – same code. Developers can use the same code base for both Android and iOS apps.
The development process requires less coding, and thus, one can launch fester. If developer need to add/modify feature during the maintenance, he/she just have to make it in one place to both the platforms together.

Some words about Dart

Dart is used for Flutter’s development and has both advantages and disadvantages. It is object-oriented programming language. Though, without fear or favor it is not as great as programming languages like Java orC#. It is not natural to start developers’ career with Dart, so it can be not easy to find new Flutter developers for your team. Experienced developers who tried to learn Dart usually have mixed impression…

Should be noticed as usually for any known cross-platform frameworks: you will get your app faster, you will save your money, you will be able to validate your business idea quicker. These are true very much in case of MVP development. But if you plan to implement many platform-specific features or different UIs for both platforms you will lose all the advantages of that framework.

There are some specific advantages of using Flutter. Hot reload, widgets, Google’s strategical plans would be very attractive for developers and designers.

Disadvantages must be taken into consideration too. Both parties Business Owners and Developers will not like instability, iOS problems, the unsupporting web. If these can be acceptable – well, if not – try to believe in Google and just wait for future upgrades or use other cross-platform frameworks or at last use Native approach.

For us in Mobiwolf there is no doubt that Flutter is currently one of the most exciting tools in the market to develop mobile applications.

We advice to use it especially to e-commerce and tech-related companies and startups who want to enter the market faster and cheaper with a product that fits the definition of MVP.